Homepage > The Monkeys and the Man

The Monkeys and the Man

The Monkeys and the Man

A man picked an apple from a tree. Some monkeys were in the branches. `We`re training for the mountain,` said one. `There`s no fruit there,` said the man. `But it`s a high and great endeavour,` said the monkey. `No, it`s fruitless,` the man replied. `We like you,` the monkey asserted. `No you`re not`, said the man.

After watching the monkeys for a while, `I have a teaching,` said he. `Some men murdered a man who told them to obey God. `Why?` asked a monkey climbing higher and stretching its fingers up through the leaves as if it would touch the clouds. `Obeying God is a higher and greater endeavour` said the man. 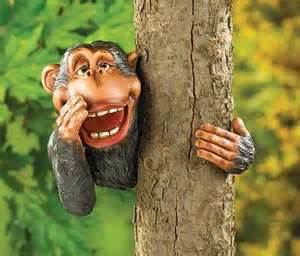 The apes seemed to think about this for a while, and then one of them said: `What have you achieved?` I`m a man`, said the man, `I shall build a spaceship and travel to the stars with my woman.` 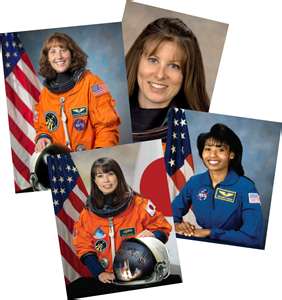 The monkeys murdered the man. `We`ve climbed the mountain,` said one.  `Fruitless,` said another.  `Look!` said a third: `There`s  one more of the fools coming this way. Behave like monkeys. He won`t suspect a thing.` `Ape man,` said four.

1 Or  Don`t Sit Under The Apple Tree With Anyone Else But Me (1941) by the Andrews Sisters, a `pop` version of The Long Ago by Thomas Haynes Bayly (1833) with the theme of deluded love: `Tho' by your kindness my fond hopes were raised, Long, long ago, long, long ago.` In The Monkeys and the Man  the delusion is manufactured by the man`s `fellow feeling` for other men. All of the characters are men in this anthropomorphic fable in the style of the great Ethiopian slave and teacher Aesop (c. 620-564). But, as in Eden, there`s only one man. The others belong to `the Ape of God` who, called Satan in the Bible, is the `beast` of Revelation (13. 18) `Yes,` said a fifth monkey: `He that has wisdom, let him have understanding, the number of the beast is the number of a man and his number is six hundred three score and six.` `Yes,` said a sixth monkey ... 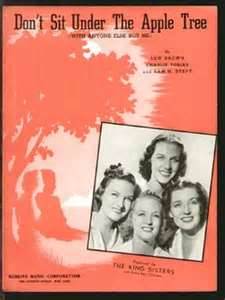 Back
This website was built with Webnode
You can also have an impressive website for free!
Try it out