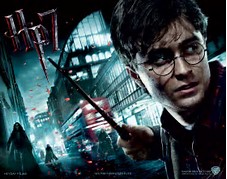 The teenage class is a general International English Language Testing System group of upper intermediate level students who want to achieve 6.5 band IELTS to get into a European University, where they`ll study English literature, and so they need to be prepared for the IELTS examination. They`ve said that they`d like to study English literature, and the series of novels and movie franchise featuring the hero, a wizard at Hogwarts` school in the popular stories authored by the woman, J. K. Rowling, has been a favorite with them. To cater to the class interest in the subject, material has to be prepared in a special way to suit their purpose. Consequently, it`s an ESP (English for Special Purposes) lesson with a view to helping the six students` IELTS preparation course, and the news story of August 12, 2015, featuring the British Broadcasting Corporation`s (BBC`s) online video, `Harry Potter: The man who discovered a publishing phenomenon`, has been chosen subsequent to surfing the net.

First the class is invited to assist the teacher to use the schoolroom`s computer, through the smart board screen, while the teacher applies the mouse and cursor to find an appropriate theme from the world wide web. Fortuitously, the subject matter appears in the menu, after the search engine has been programed to find subjects relating to the BBC and Potter amongst the plethora of url related hypertext. The subject material, a Witness broadcast by the BBC World Service primarily for radio listeners, is selected by the teacher as being the most appropriate. The teacher has an already prepared explanation supporting their choice, which they`ve prepared; quoting from the BBC news magazine website: `The Harry Potter series has sold 450 million copies worldwide to date. But before the first book was published, numerous publishers had turned the first book down. Barry Cunningham was the man who decided to take a gamble on J.K. Rowling after he and his daughter became enchanted by the story. The quote is from the BBC news magazine website of August 12, 2015, and it`s interesting because it provides some explanation of the workings of the publishing industry and why one book is chosen over another for publication, so it`s going to be the subject of this day`s lesson.`

`I`d like you to watch the video `Harry Potter: The man who discovered a publishing phenomenon` at this url; if you`ve brought your own smart `phones, and laptops, etc.` After this announcement, the teacher hands a sheet of paper with the url written on it for the students, so that they can continue their research at home, or in the school library, and through their smart `phones now, or on their laptops etc., that is, whatever they have to help them; such as the more affordable internet cafes, https://www.bbc.co.uk/news/magazine-33791582 . They`re then provided with the following basic information, which is that the first Potter novel, The Philosopher`s Stone, a movie they might enjoy, was written by Rowling and published in 1997. The actor in the bespectacled role of schoolboy wizard, Harry, was 11 years old Daniel Radcliffe, and his sometime would-be girlfriend, 11 years old enchantress, Hermione Granger, that is, actress Emma Watson, who was in the role over the eight fantasy genre productions of the British-American series of movies distributed by Warner Bros., which began with Harry Potter and The Philosopher`s Stone (2001), and ostensibly culminated with Harry Potter and the Deathly Hallows: Part 2 (2011), although revivals and remakes are always possible in Hollywood, Los Angeles, the capital city of the filmworld. Giving the students the task of watching the video attached to the BBC news magazine report on the novel`s publishing and the franchise`s progress, the teacher advises them that there`ll be a task on the material and they should prepare using the audio and video component of the news item. 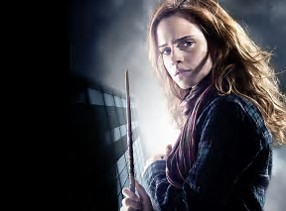 Adhering to `simple and clear` principles (Nation, 2005, p. 47), it`s explained to the students that there`re important vocabulary words and especial phrases they`ll need to know for the task, which is about the publishing and movie industry following their review of the audio and video material. The words are: manuscript, gripped, haggled, significant, purchase, ringing, agent, editorial, sequel, feedback, critical, phenomenon, rights, and Beatlemania. The teacher explains that `manuscript` is a text that a writer has written, and in this context it`s the J. K. Rowling novel, Harry Potter and The Philosopher`s Stone, and that the movie script for the making of the film was also a manuscript. Although the word `gripped` relates to holding something firmly in the hand, here it derives from the horror genre in which audiences are described as gripped with fear, that is, too terrified to move from their seats, or held in their seats by interest in the action because it is suspenseful, that is, they don`t want to leave their seats because of how interesting things are on screen. The word `haggled` means to determine the value of goods, that is, the `purchase` price, by discussion, and a `significant purchase` means an important buy. The teacher uses the smart board, or whatever is available to describe the meaning of the new vocabulary words, and elicits understanding from the students by means of Q and A (Usher, R. L. 2012), for example, `Have you ever been gripped by a film, so you can`t leave your seat?`

The teacher goes on to explain that old `phones had bells inside them which rang, and so `ringing` is used sometimes to indicate a `phone call, although the name of the inventor of the telephone, Alexander Graham Bell, is another reason. An `agent` is someone who represents someone else`s interests, and is used in the filmworld to indicate the person who represents the interests of the manuscript writer, or actor, for example, and `editorial` derives from `editor` and is used to describe the activities that are within the editor`s purview, although `editorial` is sometimes used to denote a text written by the editor to set the tone for a publication in which there are many contributors and contributions to the theme of the published work. Subsequent Potter novels and movies are `sequels`, and the popular Star Wars franchise, which began paradoxically with Star Wars Episode IV: A New Hope (1977), is an instance of `sequels`.

Response to a work is `feedback` and `critical` is the word often used mistakenly for `crucial`, whereas it means interpretation of the content, usually by professionals, which is why critics and criticism are valued, because the aim is to assist the several producers of the product to improve. A `phenomenon` is anything that is apparent, that is, it`s phenomenologically present to the senses of the perceiver, although it`s often used erroneously with `phenomenal`, that is, an astonishing phenomenon, for example, the `Potter phenomenon` with its phenomenal success. Although `rights` refer to ownership, that is, of the Potter `brand` or product, `rights` can also be used to mean what people are allowed, for example, they don`t have the right to kill their neighbor, although they do have the right to buy food, because it`s a basic `human right`. `Beatlemania` was used to describe the phenomenon associated with the appearances of the 1960s pop group, The Beatles, when girls screamed and fainted at pop music concert venues as well as at airports and outside hotels, where the singing stars, who were guitarists John Lennon, Paul McCartney, George Harrison, and Ringo Starr, the drummer, were reportedly staying. 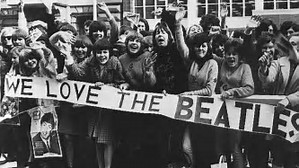 ‘The `special phrases`, which have particular meanings in English are explained to the students as follows; `the story started` means the events that are being related began, `turned down` means to reject or simply say `no`, and is often used to mean a girl or woman`s rejecting a boy or man`s appeal. If someone is `moved`, they`re emotional, so `moved me` means that Barry Cunningham, the publisher, was emotionally impressed by the friendship between the children at Hogwarts in the Rowling novel, Harry Potter and The Philosopher`s Stone. To `tear it off` means to take away from with rude force. If someone uses the phrase, `never would have guessed` it means that they wouldn`t have known if it hadn`t happened to them personally. When Barry `rang her up`, it`s a bell-ringing association, that is, old `phones had bells, but church bells were rung with ropes and called congregations to church on Sundays, so the people were `rung up`, and the phrase became idiomatic, that is, useful, but not understandable to children outside of the framework of common usage (Usher, R. L. 2012); unless they`re taught the original meaning.

Those who`re `lost for words` are astonished, so unable to speak, and `invited her down` relates to the fact that London is the capital city in England of which Soho is a part and, because it`s in the Southernmost part, London is `down` from everything above it, which is `up North`. The idea of the idiomatic term `gold mine` is anything that produces success, which is what J.K. Rowling was for Barry. `Don`t give up your day job,` is a common derision applied to budding writers, that is, if you don`t have a proper job, you`ll starve, because you`re a poor writer. Presentations are often met with the observation that it`s `going down very well`, which is English idiom associable with swallowing, that is, the people are believing the presenter, so the presentation is like food and drink to them. A `fairy tale` is a Western genre associated with mythical and fabulous creatures, and it`s distinguishable from Eastern traditions, for example, the 8th century collection of stories, 1001 Nights, in which there are genies, which don`t usually feature in Western tales. 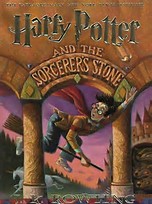