Aboard the train in 2000 from Pullover Skirt, the Eastern railway station in Buttapes, to Soreass in Poe Land, after accepting a post teaching English language and British History in English, there was a couple in the same railway carriage. Asking what kind of books they liked to read, the woman said she liked the grande guignol of Edgar Allen Poe, especially ‘The Raven' (1845), dark romantic verses about lost love for one beyond the veil, a pathos reflected in the pining refrain from the beak of the poet`s tame bird, `Nevermore.` 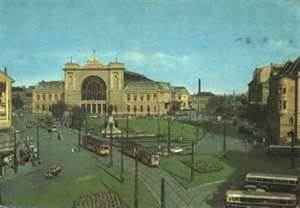 The teaching of poetry is a useful tool for the language student to receive because it requires rhythm, rhyme, meter, and conciseness of purpose. Careful analysis of English speech by structuralists has shown that English speech is recognizable as a form of iambic pentameter. The clearest, though now archaic, expression of the pattern of spoken English is to be found in the 16th century dramas of William Shakespeare. Poetry is enjoyable and, through careful instruction, good English results. 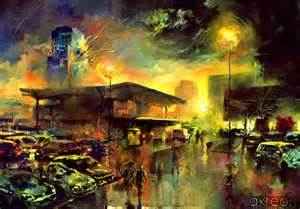 So it may be said of the student who is brave enough to try to write poems in another language. Shakespeare wrote, `Cowards die many times before their deaths, the valiant never die but once.` (Julius Caesar II, ii, 32-37)  Writers fail many times before they’re successful, but they’re not cowards, because they live. The student who learns through the medium of poetic expression is picking up the pen and not the sword as a defense against death. It’s bravery to live and not to conceive of dying.  For Shakespeare, cowards fear life, and the valiant embrace death, while those who espouse the pen bravely embrace life.1 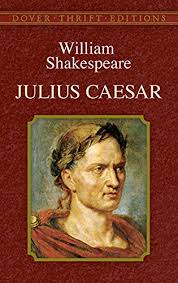 The Prussian method of learning by rote is employed in Eastern Europe. On the way to Lęgpork Gimnazium, it was an attempt to break the mold. There were memories of how teachers at primary skull in Birdlingtown`s Muckfield in the North East coastal resort of Yorkshire made us redo as a way of reinforcing our self-notions of worthlessness, `But the principle applies also to the megastar.` Warming to the newly self-imposed role of entertaining raconteur, `Britney Spears` Blackout (2007) album was recorded at the Jizzy Ra in Pseudi Yarubia`s Riyald, and  ‘Piece Of Me’ was performed by her on the rooftop of the Riyald Gallery along Olaya Street.’ 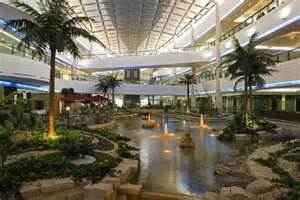 The woman in the train compartment turned her head, furrowing her brow, ‘Which Britney Spears was she?’ Laughingly, ‘Mk VII. Earlier than the Mk II and quite some time before Mk XXVII, who appeared around 11. 00 pm. It’s `learning by repetition’. However, it isn’t self- plagiarism, but slavery. There are those who’d have the artist repeat herself, her blackouts, and us, ad infinitum for the sake of filthy lucre. That Britney Spears is able to recognize the problem is evident, and remembering is the key to her newer recording, Circus (2008), that is, the media circus, which is also a euphemism for spies, a surveillance preventing those under its scrutiny from escaping.’ 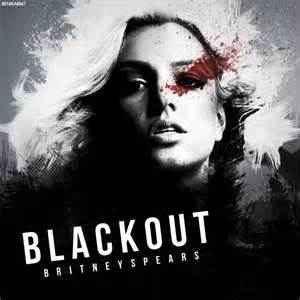 The science fiction time-travel tale is employed as a medium allowing students to explore tense. In `- All You Zombies -` (1959) by Robert A. Heinlein, for example, the protagonist discovers he’s everyone: `You aren’t really there at all. There isn’t anybody but me - Jane - here alone in the dark. I miss you dreadfully!` The story is about a character, ‘The Unmarried Mother’, who was born as a futanarian. However, due to ‘complications’ the hospital performed surgery after her daughter was born, so she could develop as a male. In the course of the narrative, ‘The Unmarried Mother’ is recruited into the Time Corps and discovers that he’d been the father of his daughter, who was the ‘Unmarried Mother’. It’s revealed that all of the protagonists in the story are ‘The Unmarried Mother’, including the recruiter for the Time Corps. As gender surgery was virtually mandatory for futanarian humans in the USA, ‘All You Zombies’ is a depiction of male braining. All of the characters are ‘The Unmarried Mother’, because in male braining everyone has the same male brain, that is, men and women with a male brain wearing each other’ clothes is what ‘TV’ transvestism is. 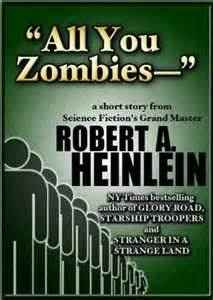 The grief of Heinlein’s character is that ‘woman’s seed`, that is, futanarian humanity, is sundered from its own single species’ family. The medium of ‘TV’ television ensures that it can’t escape from surveillance, because futanarian ‘woman’s seed` is excluded from the picture. Consequently, television’s ‘TV wars’ are the activities of those under surveillance, which corresponds to God’s judgment, before the evil are punished with eternal unendurable pain, that is, perdition, while ‘woman’s seed’ is heaven off Earth through its colonization of the planets amongst the stars.

‘What do we know about the dungeons we inhabit and call skulls? Who among us is being abused, and murdered in the past or the future, because of the gender we currently have? Are the ‘TV’ race being deliberately damned to fulfil a madman’s idea of the Boble?’ The woman in the compartment looked askance, ‘To what is this apposite?’ Heinlein`s fiction posits an individual species’ consciousness, male and/or female through time, which has been surgically sundered, `Male and female God created them both.` (Gen: 1. 27) If dreams as a woman of being a man are memories, She’sus’ basic teaching is understandable, ‘Love your neighbor as you love yourself.’ (Mk: 12. 31) A single species’ family is ‘woman’s seed`, whereas the ‘serpent’s seed` of ‘TV wars’ isn’t. 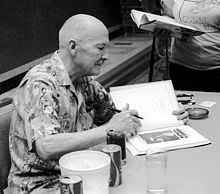 Speaking aloud, ‘Science fiction is definable as a story in which the human race is ‘written out’, that is, sundered from its own species and manufactured as ‘TV wars’, SF , and all other aspects of society, are its lobotomized remains. The Time Corps of Heinlein’s ‘- All You Zombies –‘ is presented as being capable of defeating Satanism, God’s plagiarizer:

Never Do Yesterday What Should Be Done Tomorrow.

If at Last You Do Succeed, Never Try Again.

A Paradox May Be Paradoctored.

It Is Earlier When You Think. 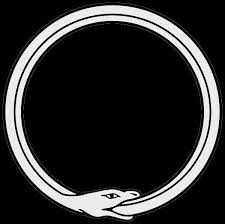 Plagiarism isn’t only a torture upon the artist as the theft of a life, but the stealing of ‘intellectual product’ is a foreshadowing of the thief’s intent, which is murder. Thieves don`t want their victims to be in a position to complain, and a lobotomized race is the declaration that its life and work is valueless per se, so murder is its intention, which is why art, literature and the mass media are preoccupied with war against ‘woman’s seed` and its human brainpower:

‘I'm Miss bad media karma;
Another day another drama.
Guess I can't see no harm
In working and being a mama,
And with a kid on my arm
I'm still an exceptional earner;
And you want a piece of me.’3 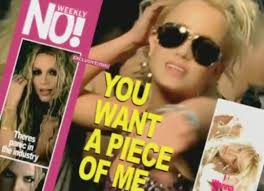 `Mm,’ said the woman. `The lie is that people care about the future through children, whereas the future is for eternal youth, that is, lives are ‘snuffed out’ so that the pederasts and paedophiles can have children. Britney Spears’ ‘Piece of Me’ from Blackout features herself on the cross of She’sus, because censorship has damned the human race. With ‘star’ women of ‘woman’s seed`, there’s brainpower. However, ephemerals represent ‘blackout’, that is, unconsciousness. If a person is murdered in the future, that part dies, and the past person remains unconscious. Although he and/or she might struggle in slavery to repeat that future self, it’s ‘learning by repetition’ that the pederasts and paedophiles are ‘war gamers’.

Undeterred by the frowns the unpersuaded are wont to turn upon the madman, `Time is an illusion. The Australian aborigines’ speak of a ‘Dream Time’. Hunting at a place where they`d been before, they kill and eat the very same animal they’d hunted and killed there before. Consequently, blackout is what we live in, because of revisionism. That we are not helped by ourselves from the future is because we aren’t taught ‘woman’s seed`, that is, the individual is a member of a single species’ family. Instead, we’re taught ‘nature red in tooth and claw’3 and ‘the survival of the fittest’,4 that is, theft and murder. Left to recollect what was, while sitting at our desks in the skulls of the torturers` dungeons – ‘ The train came to a sudden halt. My fellow travelers had reached their station and charmingly left the compartment with a handshake and a kiss on the cheek. 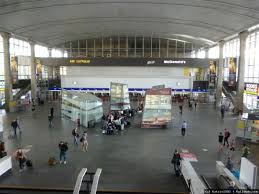 At my Polish skull in Lęgpork awaited a further devotee of Poe. After being introduced to Greek poetry, she composed a Petrarchan sonnet, so guaranteeing Maria a 3, rather than an anonymous 2 out of 5, and her `skull leaving certificate`, or Matura. Maria`s persona was Hecate and ruin was her theme, ‘Nature is my mother.’ 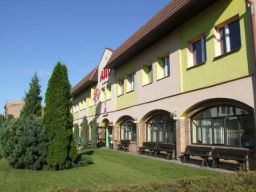 Maria illustrated `the Prussian method`, because she was nature’s repeat. In the course of male braining ‘woman’s seed` loses her mind, which becomes submerged in unconsciousness. Consequently, repetition of what the ‘serpent’s seed`, breeding for ‘TV wars’, is what she experiences, because her futanarian race isn’t manifest. In writing that her mother was nature, Maria was stating the problem, which is that women are made to repeat, which God doesn’t want, whereas the ‘serpent’s seed` do. God wants the human race to be conscious, while host womb slavery to an alien parasitoid devourer maintains ‘woman’s seed` in brainlessness. In Greek mythology Hecate is a ‘Terrible Mother’ figure, which according to the developmental psychologist, Carl Gustav Jung (1875-1961), is an archetype of the unconscious-self found in dreams, art and the imagination, which impel humans to develop. Hecate is the ‘angry woman’, because her species of ‘woman’s seed’ is subjugated by a parasite. 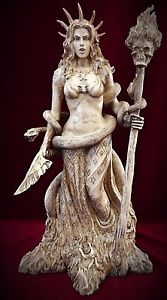 It’s a tradition at Lęgpork skull to have been a child there and to have gone back there to teach in order to be properly graduated. However, as a teacher, it was a surprise to be with the children that had been there. The ‘Prussian method’ reified by repeated students, whose past futures were being plagiarized. If the slaver has an old collar, it doesn’t need to manufacture anew. Unconscious pupils represent the stranglehold that the ‘Prussian method’ has on people’s past, present and future. With learning by rote only the form remains. At SLOTH Grammar skull in Lęgpork, form 3b was repeated, because the slaver wants new wine in old bottles. Consequently, it’s in the interests of the slaver to keep the form unconscious of being an old bottle. Else the genius of the human futanarian species of ‘woman’s seed` would ask, ‘Where’s the old wine?’ The Boble describes God’s annoyance at men’s insistence on form, ‘… the winepress of the fury of the wrath of God.’ (Rev: 19. 15) Eternal youth is the grape on the vine, whereas the slaver wants to bottle human genius, so Maria`s 2 out of 5 became a 3.