The British invented the ’Concentration Camp’ during the Boer war, but it was ’perfected’ by the Germans. What, exactly is a ’concentration camp’ for? Well, er…concentration. Simple, isn’t it? Well, er … no. Why were the Germans so concerned with those two concepts of the übermensch and the minorities in their midst? The transcendent will, as postulated by Nietzsche, is essentially a recipe for praxis without compassion, or what the Americans call pragmatism – what works works.

So the Nazis put jews, gypsies and other minorities into ’camps’ in order to make them concentrate – on what? It sounds ridiculous. I was often told to concentrate at school, but that was just the teacher demonstrating a healthy concern with my educational development – a curious word combo that, 'devil hope' (develop).

There were stories of parties in the early days of the ’camps’ in Germany, and many of those transported were told they were being taken to what the British later termed ’Holiday Camps’, like Butlins or Pontins or…well, you see? And, in fact, there were parties and entertainments -  to begin with; so what went wrong? Let’s not fool ourselves. ’The Final Solution’, the holocaust happened – and was planned, but it might not have. While Germany was winning the Second World War, those inside the Concentration Camps were, relatively speaking, well cared for. But with reversals like Kürsk in ’41 on the Russian front and, in particular, Normandy in ’44, pressure was intensified on those within the camps to – concentrate. But on what?

Let’s ask another question. Do you believe in God? I do. So..? Well, what is it that you are required to do when you go to any church of any denomination? – pray, or in other words, concentrate. William Blake, the great English poet in his opus Jerusalem speaks of the ’dark Satanic mills’. Most people, if they read Jerusalem – and they do, it’s a national hymn – assume that this is a reference to the cotton industries of Lancashire and West Yorkshire which were infamous for paying slave wages to their workers, but it’s actually based on Blake’s perceptions of organized religion; at which point it might be worth mentioning that the Gothic Cathedrals of Europe were designed by the masons that built them to be ’transmitters in stone’ that would channel the prayer energies of their devotees towards the Infinite – of course, they’d have to concentrate. 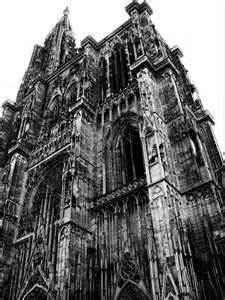 Nobody, of course, would seriously think of making correlations between the Nazi Concentration Camps and Organized Religion, would they? Would they? Well, let’s ask ourselves another question. What, precisely, were those in the camps being asked to concentrate on? God? It sounds logical enough – or gods. It’s still difficult to find a Methodist and a Baptist who can agree on any fundamental theological principles, and in Hinduism there are ’many gods’, to say nothing of otherworldly belief systems such as spiritualism or wicca. So, that’s clear then, those in the camps were, at first gently, then perforce out of necessity, and then later under duress and threat of imminent extinction made to concentrate on God – or…whatever God might be to 'minorities', such as wiccans, Hindus, theosophists, Buddhists, and perhaps even Satanists. William Blake had an inkling of the way to go in prayer when he developed his own religious system, including a pantheon of invented deities, and a mystical brand of theosophy that allowed him to tap into himself and others through his works. The next step, of course, would be to tap into whatever you were projecting your prayers at; six-winged seraphs or little grey men with big eyes and only one thumb and a finger on each hand: which would look the stranger to you? And which would you say was from God? The angels going up and down their Jacob's Ladder to the stars, or the ufonauts? If I was in a Concentration Camp, I wouldn't care what came to get me out. Pray? Hell, yes. To what? Anything to get out of there. This is God? A six-armed, beautiful breasted woman dancing on skulls? Sure. Does she have a spaceship in the Upanishads? Shiva, Vishnu and Krishna do.

Is the unthinkable, then, thinkable? Aren't we all now in 'concentration', whether at work or in schools? If a businessman were truthful, when asked in which area his interests lie, he ought to reply, 'I'm in the concentration business.' Bill Gates and Steve Jobs at Apple and Microsoft? Who's programmers are producing the higher concentrated jews? Some more apple Juice over here, huh? 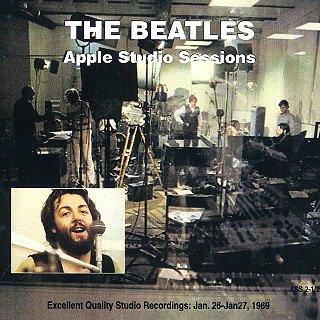 The Final Stages of the Final Solution were still being implemented as the ’liberators’ arrived at the close of WWII, but that wasn't the end of 'concentration' for Jewish and other minorities that were also Hitler's and Nazism's 'Chosen People'. Ever wondered what a ’minority’ is? Ever seen Wagner’s Das Ring Des Niebelüngen? There are lots of ’minorities’ in that: dwarves, giants, mermaids, witches, we have many names. Tünde in Hungary, Sidhe in Ireland, Pict or pixie in other parts of Northern Europe. Magical beings, creatures from the land of faerie, forced to concentrate in ’special schools’, dangerous environments (Palestine, for example), mental hospitals - ’camps’ in all but name, until they ’produce’ – the magic of the Sidhe’s (CD’s), ’magic’ Pixies (PC’s), each cell of a Pict is, apparently, magical too – next time you look at a computer screen think about the meaning of the word Pixel (Pict’s cell), and reflect on the amount of ’concentration’ required from its ’producer’. Leaving aside the question of God and returning to the idea of religious structures as ’transmitters to the stars’, is then ’Contact’ the goal of Concentration? Contact with ’That Which Can’. Contact with…whatever? Men and women on the brink of extinction become desparate…many turn away from what they’ve put their Faith in and find ’other gods’ in curious out of the way places in the corners and cubbyholes of their psyches and – CONTACT! Other gods – ’Starmen’ for lack of another label – bringing gifts to those in direst need, stolen by the guards in the Nazi Concentration Camps, and the World Religions..? Always looking for  Converts, prepared to devote themselves, and their ’energies’ to…whatever? God comes in many guises, and the devil in many disguises. It’s not impossible to imagine the forms of Satanism disguised as Worship of the One True God. In which case the question becomes: what do I believe? I have Faith in God. That’s all I need. That’s all anyone needs – probably. Unless they’re in a ’Concentration Camp’ policed by armed guards waiting to seize the gifts of the ’Starmen’, the ’Heavenly Angels’, the Übermenschen or…whatever. But there is no Concentration Camp near you, is there? Well, there were the Yugoslavian pogroms, of course…and the famine in Ethiopia probably caused a lot of desparate people to concentrate on…whatever. Camps – like gods - come in many guises and disguises – ’Holiday Camps’ in Britain were infamous for their emphasis on regimented ’fun’ (cf. TVs ’Hi – De – Hi!’ and its spoof ’commandant’), people were forced to enjoy themselves – or else! Jokingly, of course…but the threat was real (cue image of small boy having sand kicked in his face by a bigger small boy…). Well, whatever…when a teacher begins taking an interest in your bright child (or your school’s child psychologist starts to take an interest in your too bright child), and writes ’needs to concentrate more in class’ think twice before resorting to a ’system of rewards and punishments’, and if the pastor at your local chapel, filled with the Spirit of enthusiasm and…whatever, feels that God is calling him to say to you that your understanding of the Word of God is ’purely intellectual’ and ’you don’t have Christ in Your Heart’, tell him; ’Take a hike buddy, I’m trying to CONCENTRATE!’

Back
This website was built with Webnode
You can also have an impressive website for free!
Try it out