The 15 male adult class of intermediate level Asian students sent by a government college for people living and working in Saudi Arabia to a language school there to improve their English language usage, so that they have a common means of communication to use in their mutual dealings, are now to look at a video after completing a comprehension based on the video transcript, which appeared alongside an article, `The row over what counts as sport`, on the British Broadcasting Corporation (BBC) Newsround webpage,

https://www.bbc.co.uk/newsround/34325289 , on September 22, 2015. They`ve said that they`d like to see the images that go with the text, and English sport is a favorite with them. To cater to the class interest in the subject, after watching the video together, `The row over what counts as sport`, there`s going to be a class discussion (Harmer, 2007, p. 358). Because it`s a Saudi group, there`s a co-teacher with this class because `collaborative teaching` (Abdallah, 2009) is felt to be useful in `second language acquisition`, where meaning is often a process of negotiation, rather than a given,  so the students have another video and audio with the collaborating teacher. `The row over what counts as sport` url is given to the students on a handout, so they can watch it again at home, `Or if you`ve brought your own smart `phones, and laptops, etc., it`s been sent by e-mail.` After this announcement, the video is watched with its imagery relating to the problems associated with defining card games like bridge, or games such as chess, as sports.

The students are advised that there`ll be a task on the material and they should prepare by carefully attending to the audio and video component of the news item with the object of discussing some aspect of what they`ve seen and heard. Afterwards, the discussion is initiated by posing to the students the question: `Is flying model aircraft a sport?` If so, `What other activities are there that you would consider to be a sport, while others mightn`t think so?`  Adhering to `simple and clear` principles (Nation, 2005, p. 47), it`s explained to the students that there`re important vocabulary words and especial phrases they`ll need to know for the task. The teacher reintroduces some lexis, which is revision, and so begins to employ the communicative language teaching (CLT) method, which is based on the teacher`s knowledge (Al-Issa, 2005, p. 104) and appreciation of the level of English arrived at by the class. The teacher deploys what the students need to learn in order to advance in `communicative competence` (Kasper, 1997, p. 345), which is what the Saudi employers want, `I think that ...`, `In my opinion ...`, `I disagree with ...`, `I agree with ...`, and the importance of the linking word, `but`, that is, `problem`, so that the students can make sentences like: `I think that .... so I disagree with .... but I agree with ... and so, in my opinion, flying model aircraft is a sport.` The teacher uses Smart Board technology, or whatever is available to write something on for the students, so that they can refer to the lexis introduced in their discussion, and elicits understanding from the students by means of Q and A (Usher, R. L. 2012), for example, `Is it your opinion that horse riding is a sport?` and `Would you agree that hunting is a sport?`

After checking the students` understanding of the lexis, the teacher affords the students the opportunity to engage in a structured discussion of what constitutes a sport. A student is chosen to explain why it is that they believe their activity is a sport. Guided by the teacher, the students are encouraged to agree or disagree, and say why they do. After all the students have submitted their activity as a sport and the reasons have been given, the criteria for what constitutes a sport are reexamined to assist the students with an upcoming `creative writing` task (Harmer, 2007, p. 325), that is, `sport` isn`t `game` in the sense of hunting, and activities that are only games aren`t sports, so what is the essence of sport? The teacher offers `skill` as the solution to how to distinguish between sports and games, while killing isn`t understood as `sport`, because for hunters the terminology `sport` and `game` are transposable, that is, `sport` means `game` (Usher, R. L. 2013), which is a way of saying that killing is a game, whereas it isn`t, and the skill employed in killing isn`t that of a sports` personality, although movies like The Deer Hunter (1978) starring actor, Robert De Niro, for example, about a hunter in the United States of America, who becomes a sniper in wartime, present killing as a skill, which tempts the audience to perceive it as a game and a sport. 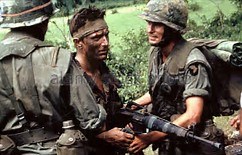 Using this definition, the students are asked to build a `word family table` (Nation, 2005, p. 51) with the following headings; Sports, Games, and Sport, Game, which affords them the opportunity of distinguishing between competitive activities that are physical and mental, that is, Sports and Games, and also distinguish between the activity of hunting and the hunted. What hunters label `Sport` and `Game` is the degree of difficulty posed by the `kill`, which receives the appellation `Sport` from the hunter, while the hunted is called `Game` by the hunter. Consequently, the students are asked to observe the difference between computer `Games`, and killing, which isn`t a game or a sport, and neither is PC gaming. The teacher writes some words under the headings on the board to help the students write their own words. Under `Sports` the teacher writes, `football`, and `hockey` with a brief explanation of the kicking a ball into a net activity engaged in by two teams of twenty two players, and the same idea using a `hockey stick`. Under Games the teacher writes `Snakes and Ladders` with the explanation that a player goes up ladders and down snakes in the board game requiring a positional marker to indicate the number of squares travelled based on the throwing of a dice and consulting the number on the uppermost square of the cube to guide each player`s steps. Under `Snakes and Ladders` the teacher writes `Super Mario` and explains that the once very popular `PC computer game` requires the player to use skill with the computer controls to help the character overcome obstacles to win the game. Those are the legitimate human activities.

Under `Sport` the teacher writes, `Bear Baiting`, and explains it as an activity in which bears are tormented, and then killed for being vicious, and `Pit Bull`, which is an activity in which terrier dogs are bred to be baited like bears; until they fight each other and sometimes die from their injuries, while people bet on which pit bull terrier will win. Under `Game` the teacher writes `Deer` and `Rabbit` with the explanation that people eat them, that is, the distinction between a `game` animal, and an animal as `sport`, is torture. Although sometimes an individual who is repeatedly attacked, because they refuse to submit to the tormentative criminal is defined as `being game`, that is, unable to escape but unwilling to give up. Although hunters might argue that the term `game` means an animal that inspires the skill of the killer, animals that are a food resource for humans are most often bred by farmers, while `game` animals are the hunters` excuse for killing, while pretending it`s a `game of skill` equivalent to cards or chess in which they have an opponent. However, `Bear Baiting` and `Pit Bull` are more indicative of the truth, which is that killers like to torture their victims. Hunting humans is all the same to the killer, which is what the Robert De Niro movie, The Deer Hunter, is about, in which he has the role of Mike Vronsky, a soldier in Vietnam killing `gooks`, that is, Vietnamese, during the US` Vietnam war before the fall of Saigon in 1975. The teacher explains that `gooks` is a dehumanizing term, that is, a way of making the humans seem like animals to the killers, because that`s what killers do, so they should be careful of the usage of the terms `game` and `sport` when speaking with people, because not everyone is a good person.

Using the principles associated with `guided writing` (Scrivener, p. 236), the teacher asks the students to write a letter of protest as a `lobbyist` and explains;  approach `lobby` as a group of people that are against something, rather than supportive of it. They can work in groups or alone and write a short protest letter saying that they believe that `blood sports`, for example, `Bear Baiting`, `Deer Hunting`, and `Pit Bull` fighting are cruel. Either a single `blood sport`, or `blood sports` (pl.) should be the subject of their letter, which of course requires special lexis, that is, it begins with `Dear ..,` while the address of the sender is in the top right corner, above the introductory indented sentence, with the name and title of the person to whom its addressed following `Dear` .., and the letter ends with `Yours Faithfully`, rather than `Yours Sincerely`, which is for personal letters to people you known well. A single paragraph is sufficient, although students are encouraged to write two or three. The teacher writes the template for the letter on the board or gives it to them as a handout and a `gap fill exercise` in which some parts of the letter have to be completed by the students; for example, the name and address of the addressee, and the address of the sender. 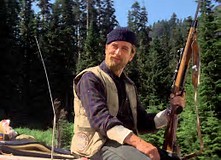 The suggested vocabulary to be used is, think/don`t think, and like/don`t like; for example, `I don`t think that bear baiting is a sport, and it is cruel to make a game out of killing a bear, because so-called `game` animals are humanely killed by hungry people, so the idea of `sport` being killing as a `game` is a perversion based on other people`s hunger, who would see bear baiting as a mockery of their condition.` Having got the students thinking, the teacher leaves them alone to `brainstorm` ideas and write their letters. When they have a `plan`, the letters can be written from the `ideas generated`. The teacher encourages the students to demand answers to the questions they raise in their letters, as a part of the `process writing` (White R & V Arndt, 1991) task, and gives some personal help with the editing. The teacher collects the letters to read (Scrivener, 2007, p. 236, fig. 9) and correct, and then leads the class on a discussion of human and animal rights. Although `rights` can refer to ownership, that is, farmers` `rights`, rights can also be used to mean what people are allowed; for example, they don`t have the right to kill their neighbor. Although they do have the right to buy food, because it`s a basic `human right`, it`s a human right not to be associated with torture, because humans don`t like it. On that note, the teacher concludes the lesson.

Harmer, J. (2007) B1 `Process And Product` in B `Approaches to Student Writing`, The Practice of English Language Teaching, Harlow Pearson Education Limited, p. 325.